I’m not too sure if I’m in the minority with this opinion, but I personally felt that E3 2017 was a little disappointing, when comparing it to the bombastic showcases of yesteryear. Now don’t get me wrong, there was plenty to see and lots of games to love this year, but everything felt rather average, for lack of a better word. E3 2017 wasn’t inherently bad, but this year’s showing certainly didn’t wow me to the extent of last year’s E3 or the year before that. Even my personal favourite press conference of the bunch, Sony, failed to capture the same euphoric essence they’ve attained for the past couple of years. I personally feel that a lack of weighty surprises is the culprit for this lukewarm feeling and while I acknowledge that E3 2017 most certainly had surprising announcements, they simply pale in comparison to the colossal announcements written in E3 history. However, pessimism aside, E3 2017 did offer a few nice surprises and a few new glimpses into some of my most anticipated games of the next couple of years. 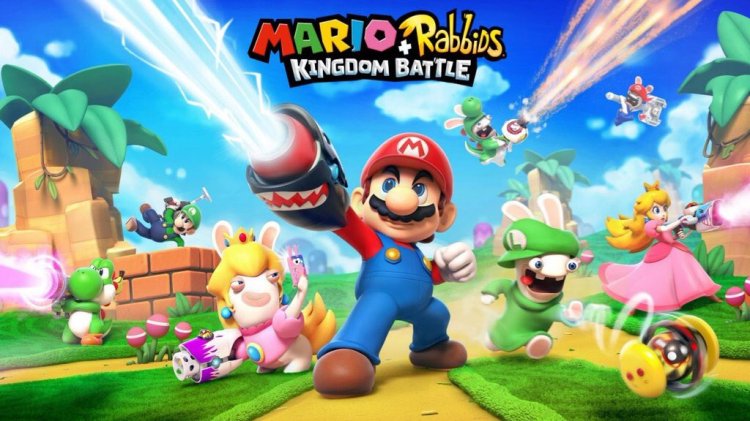 Everyone knew this was coming, its reveal was in no way a surprise. The surprising factor was the sheer fact that it actually looks really good! The Mario and Rabbids mashup is still just as bizarre and questionable as ever, but the XCOM-esque combat appears to be approachable for newcomers, but bears enough complexity to entice genre veterans. The turn-based tactical gameplay is definitely alluring and seems to pack some bombastic flair, boasting its own idiosyncratic identity and system complexities – the sci-fi weaponry is a nice touch too. Hopefully there will be enough gameplay variance and a complex unlock system to pace the experience efficiently and accordingly, but based on what was shown alone, Kingdom Battlelooks absolutely great and will be another excellent addition to my ever growing Switch library.

The original Ni No Kuni is one of my favourite games on the PlayStation 3, and a model examples of the modern JRPG. I absolutely loved its heart-warming story, gorgeous art design and animation created by Studio Ghibli, the beautiful score composed by Joe Hisaishi, and its interesting and intuitive hybrid battle system. Due to my affinity for the original, it’s hard to not be excited for Ni No Kuni II: Revenant Kingdom. I’d be lying to you if I said that Studio Ghibli’s absence wasn’t disappointing, this sensation is appropriately overshadowed by my sheer excited for another Ni No Kuni experience. With Oliver’s story beautifully wrapped up, I’m extremely interested to unravel Evan’s tale and explore this illustrious world and discover the stories waiting to be told. The real-time combat system of Revenant Kingdom is an immense departure from the active/turn-based hybrid system of the original, but it looks glorious and incredibly fun nonetheless. The miniscule Higgledies are undoubtedly adorable and their magical prowess provides both defensive support and also augment your skills with the respective elements given their proximity. The absence of familiars and the pausing centric battle system will require some notable accessibility on my part before I’m fully accustomed to the new systems.However,  Ni No Kuni II: Revenant Kingdom seems to be a worthy successor to the beautiful original and I absolutely cannot wait to embark on a new journey come November. 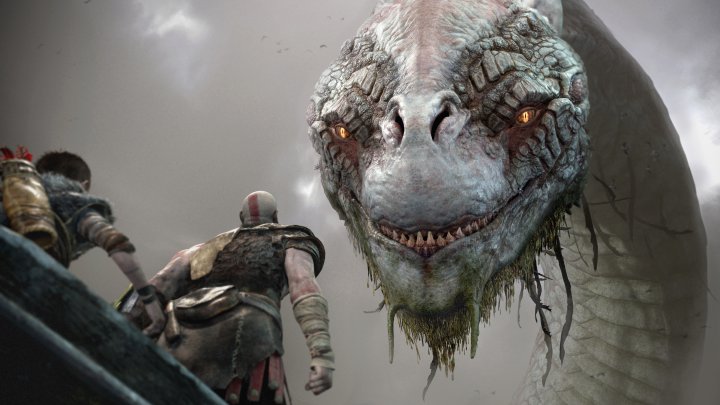 This is one of two returning entries that made the previous E3 list last year. I won’t tread too much on familiar territory with this one, as I’ve already stated why this thematic shift and mature reflection intrigues me so, but God of War is the perfect reimagining of a beloved series. Picking a select few elements from its own history while reinventing a vast number of mechanics, this is a new God of War from both a gameplay perspective and a narrative standpoint. God of War has always incorporated mature themes in its subject mater – elements of betrayal, revenge, lust, and brutality are common staples in the God of War series – but this new beginning tells a more personal tale of responsibility, paternal love, and confronting your inner demons, a tale about the paternal love and struggle between father and son as opposed to the original’s bloodlust between father and son. The supporting cast of characters seem to spring a nuanced sense life and humor to the mix, the gorgeous locales and frightening beasts are appropriately ripped straight out of Norse Mythology, and the notable sandbox-esque structure mirrors the explorative formula of Crystal Dynamic’s Tomb Raider reboot series, all of which construct new identity for the renowned series, one that I absolutely love.

While I don’t have a particular affinity for the 3D sandbox Mario games as I’ve never played Mario 64 or Sunshine, I cannot dispute the fact Super Mario Odyssey looks absolutely stellar. Simply put, Super Mario Odyssey seems to reinvigorate the modern conventions of the Mario franchise and the 3D platformer in a similar manner to what Breath of the Wild did for the Zelda series. Each kingdom acts as a relatively open sandbox for you to explore, chock full of neat little goodies, collectibles, mini-games, and other hidden secrets waiting to be discovered, in whichever manner that you see fit. These vibrant kingdoms are just bursting with that unparalleled level of Nintendo charm that the Mario series is renowned for. While I’m a relative novice to the Mario series and this specific form of 3D implementation, I can still recognize a novel mechanic when I see one and that possession mechanic is an absolute game changer. Mario can control a wide array of different objects, enemies, and allied NPCs by throwing Cappy at your point of interest. Capturing a Goomba, Bullet Bill, or even a freakin’ T-Rex, looks ineffably amazing – this new mechanic brings a new level of adaptability to the legendary series, encouraging a profound sense of curiosity, experimentation, and discovery. While I love the contained experience that the Galaxy series perfected, I’m ready for a Mario experience that conveys elements of adventure and exploration and I’m confident that Super Mario Odyssey will not only scratch this notable itch, but surpass my expectations in almost every way.

Insomniac’s iteration of everyone’s favourite wall-crawler looks to be the Spider-Man game we’ve all been waiting for since 2004’s Spider-Man 2. Marvel’s Spider-Man landed a spot on my E3 list last year as the surprise reveal alone was enough to spark sensations of euphoria within me, as I love both Insomniac Games and Spider-Man. It’s honestly a match made in heaven. This year, Sony closed their E3 conference with a lengthy gameplay reveal for Spider-Man, which looked unbelievably amazing and rose my excitement level to meteoric heights once again. Everything from the beautifully slick combat to the cinematic Uncharted meets Spider-Man vibe, each selective piece hit the right chord. Combat is extremely acrobatic and brilliantly incorporates environmental interaction and slow-motion mechanics for performing stylistic dodges and takedowns. The combat system definitely takes inspiration from Arkham’s free-flowing combat, but incorporates its own spin and polish to the formula, surprisingly making it a beast of its own. The web-slinging boasts a realistic, physics based system – topped off with the webs attaching to actual buildings – and it looks smooth, cinematic, and a lot of fun. My only gripe with the web-slinging is its bizarre sense of momentum, it looks as if Spider-Man is moving far too slow for my liking. Hopefully this can be rectified through minor design tweaks or perhaps the inclusion of an upgrade system will increase the speed of web-slinging. But if Sunset Overdrive has taught me anything, Insomniac is extremely gifted in seamlessly blending engaging traversal with meaningful open-world exploration. Lastly, Insomniac has absolutely nailed the cinematic quality and feel of Spider-Man – the helicopter chase sequence could’ve been a set-piece ripped straight from the films or one of the many television series. I understand that many have been up in arms over the gratuitous number of quick time events, but their inclusion does not bother me in the slightest. These specific moments allow Spider-Man to perform cinematic actions that simply wouldn’t exist if player control was given in that minute segment. If these moments are tastefully done and spread out accordingly as exemplified in the Uncharted series, then I don’t see them being a particular issue. On top of the cinematic aura that Spider-Man beautifully captures, a captivating narrative seems to be cooking under the hood. Spider-Man video games have always struggled with composing a compelling narrative, so hopefully Insomniac’s impressive narrative repertoire – notably the Ratchet & Clank and Resistance series – bleed into this new universe and story. Insomniac’s Spider-Man has the potential to not only be the best Spider-Man video game of all-time, but one of the greatest superhero games ever made, standing tall against the likes of the Batman Arkham series. I sincerely hope that this new Spider-Man is able to reach and perhaps surpass its full potential.

Well that’s all folks. Despite the overall disappointing nature of this year’s event, some excellent work was undoubtedly showcased, so I hope I was able to do these five impressive games the justice they deserve. Here’s hoping that E3 2018 shows some improvement.