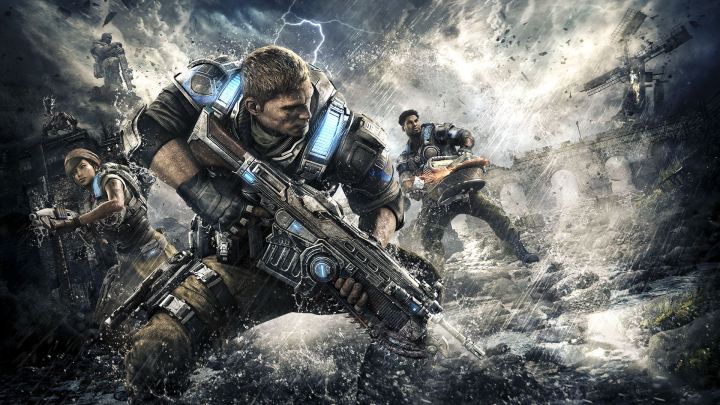 Fun and familiar. Upon completing Gears of War 4’s 8-10 hour campaign, those two decisive words constantly reverberated in the back of my mind, evoking a rather ineffable sensation. Gears of War 4, in a lot of ways, is the best entry in the series, as it productively enhances existing elements of the established franchise and polishes them off to a crisp, pristine shine; however, its devotion to refine, instead of reinventing the formula can, at times, result in a rather stagnant experience that strikes serious chords of déjà vu. Its parallelism to the original trilogy is a double-edged sword. Gears of War 4 is an excellent, by the numbers, sequel that may have questionable relevance, but is a fun, engaging experience from start to finish. While it does very little to differentiate itself from its predecessors, and archaic design elements which were fostered in the original back in 2006 are still present a decade later, Gears of War 4 still manages to be a great experience that acts as a simple reminder that it can still hold its own in the modern realm of gaming. Its campaign may be brief and lack the nuanced punch that made the original an excellent class of innovation, but it’s an enjoyable piece of modern entertainment that is paired nicely with an excellent assortment of multiplayer components – Horde 3.0 is an excellent highpoint that lives up to the addictive nature of the series’ legacy. Certain balancing issues that have continuously plagued the Gears of War multiplayer scene are, for some reason, still present in this fourth instalment. Although it’s arguably the safest sequel in the history of gaming, Gears of War 4 is a worthy addition to an excellent series.

END_OF_DOCUMENT_TOKEN_TO_BE_REPLACED

As much as I loved my original PlayStation growing up, I can’t help but feel that I truly missed out on some of gaming’s greatest treasures when I skipped out on the Nintendo 64. Seeing as I grew up in the 3D prominence of gaming – with 3D platformers being one of my favourite genres – the N64 had a myriad of golden gems that would cater to my prolific love for jumping and collecting things. The fact that I have just completed Banjo-Kazooie 18 years after its initial release is a sad accomplishment and realization as that should’ve been rectified prior as Banjo-Kazooie, is not only one of my favourite 3D platformers of all time, but is another title that I can slab onto my “favourite video games of all time” list. It’s a nostalgic, yet exquisite, time capsule into a simpler era of gaming that exuded such pristine quality while pursuing new forms of innovation. While its moment to moment gameplay unfortunately shows its age and doesn’t control nearly as well as Nintendo’s iconic plumber, it’s the sum of its parts that stand the test of time and make the titular duo an instant classic.